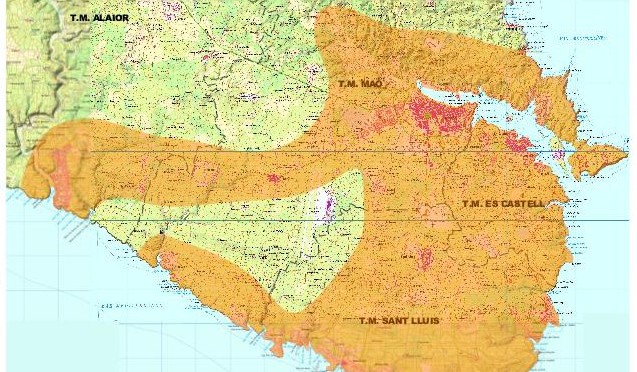 The installation of gas in Menorca should be processed in each case without any form of discrimination and the required gas storages should be built on industrial land. GOB has made official pleas concerning three projects which have come to public attention in Ciutadella, Mahon and Es Mercadal.

It must be considered that any projects to establish gas on the island, assuming that the gas reaches the greatest number of clients expected by the company promoting it, will result in only a 1.6% reduction of CO2 emmisions. Also, it should be stated that any works which are declared to be a regional or public utility would require a total of 578.8 kms of gas pipes laid into ditches along the roads and streets.

GOB disagrees that this is a useful option for Menorca. It has to be considered that once works of this nature are undertaken then other renewable forms of energy, which might be much cleaner, will not be allowed because of the impossibility of making the required amorticizations.

In its pleas, GOB reminds that the Constitutional Tribunal itself pronounced that “indeterminate legal concepts”, such as a declaration of regional interest , or a public utility, ought to be made precise in each case. This would be done by means of an application showing the details of its particular circumstances.

Nothing publicised has been on the basis of a benefit for Menorcans and this is the reason why this claim is being put forward by GOB asking for a declaration of regional or public utility.

For GOB the only logical way for using gas in the island would be to feed the central power station in Mahon. This power station was installed with five fuel turbines during the years 1993, 1999, 2005, 2008 and 2009. These five have a production capacity of 225 Mw up to a total of 271.5 Mw and could be easily converted for working with gas. That is to say 82.8% of the main power station of the island could work with gas.

This translates into a potential saving of 27.7% in CO2 emmisions and is much higher than that seen in the proposal of the project for installing gas which is currently being put to the public. Logically, the real percentage depends on how large a capacity the ship could supply but, in any case, the over all saving would be greater because the power station is in the Port of Mahon and, as a consequence, there would be no need to make as much as 578 kms of ditches for new gas pipes quoted for the above projects.

Fossil fuels like gas are imported from other places and that means a significant economic cost which some authorities put at 220 millions of euros per annum for Menorca.

In looking for what is of most benefit for Menorcans concerning regional interest or public utility, it would be much more efficient economically to promote solar energy (to reduce the use of fossil fuels in the heating of water), the domestic use of biomass or the production of renewable energy for electricity.

In its pleas GOB has also pointed out that there are three gas storages to be installed on rural land near towns although they could be built on industrial land. There is nothing in the documentation to justify the use of rural land which is normally claimed for economic reasons. Also, it is worth remembering that the law of the Supreme Court stipulates that only if there is nowhere else for such installations can rural land be considered and, in such cases, the interpretation is always very restrictive.

The official pleas have been presented to the Directorate General for Energy and Climate Change of the Balearic Government.