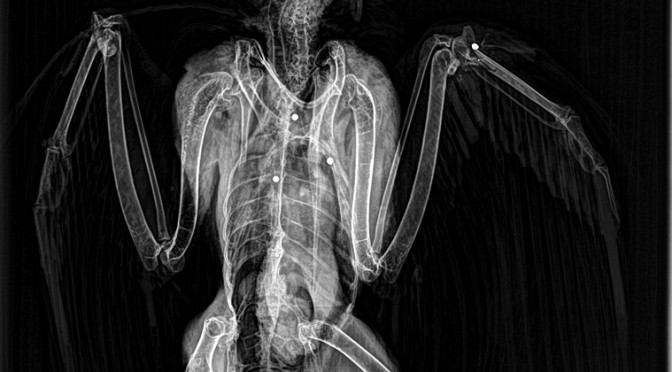 GOB reported a new case of a falcon wounded by a shotgun which was taken recently to the Recuperation Centre for Wild Animals. It is the third falcon in the last five years to be brought in for the same reason adding to the number of other protected birds at the Centre such as the eagle and the kestrel.The injured falcon was able to be taken in and sheltered thanks to the help of the local police in Ferreries. Once examined it was found to have a fracture of the metacarpal of the left wing as a result of the impact of a shot, as can be seen clearly in the X-ray. The animal is recuperating at the Centre but there are serious doubts as to whether or not it will be able to fly properly.

It is very worrying that these events continue to occur and in all probability there are many more cases than the few that are detected. It is incredible that this happens on an island assumed to have an environmental sensitivity. There will be only a minority of hunters who commit these atrocities, but they cause a lot of damage. We would be grateful if anyone has information on this case, or any other, that they let us know. For our part, we have reported the case to the appropriate authorities to investigate and apply sanctions according to the law.