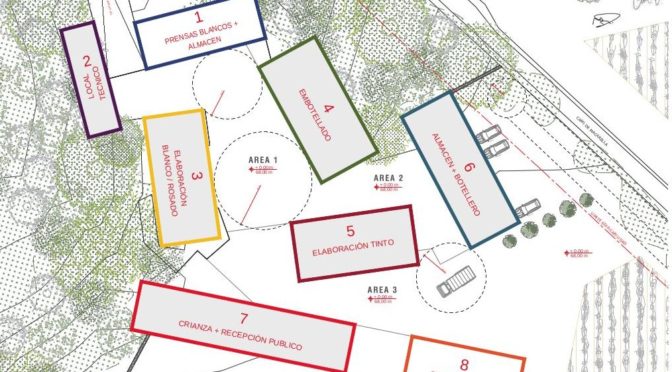 The Torralba farm, to the south of Ciutadella, was one of the first farms for agritourism but it has taken all the existing buildings for tourism and not left any for agricultural use. A vineyard has been planted. Now a project has been put forward for wine cellars erecting eight new industrial sized buildings. The case raises the question whether to put limits on new agricultural buildings or whether to depend only on an external report contracted by the promoters.

Recently, the declaration of general interest has been made available for public scrutiny for a new winery in Torralba on the Macarella road, in specially protected rural land. GOB has consulted the dossier and confirmed that, in reality, the request is for constructing eight new buildings, the total area being around 10,000 m3.

The Rural Land Act limits constructing new buildings to a maximum of 1,500 m3. However, it does not specify how many they can put up. As this current regulation seems to demand, it depends on finding an agronomist engineer, contracted freely from the market, to explain that the building is necessary for agricultural production.

When the building of a winery was announced, no one imagined that it meant having eight high volume warehouses. However, if it depends only on finding an external technician’s signature, it is difficult to know what limit there is.

GOB expects the Consell Insular to make judgement in cases such as this. For the project to be viable, it should be declared to be in the public interest, which means transcending private interests, it should comply with the grade of protection of the area and should demonstrate that the buildings are necessary for the farm and are directly linked to its function.

Depositions have been made against the project. Among the issues, it has pointed out that the operation is in an area declared of high fire risk, is included in the European Nature network, and has an access road only three metres wide.

GOB is asking that new agricultural buildings should remain linked to the uses registered by the property for many decades, where purchasers can avoid capital gains for new buildings yet these are then used for other purposes.