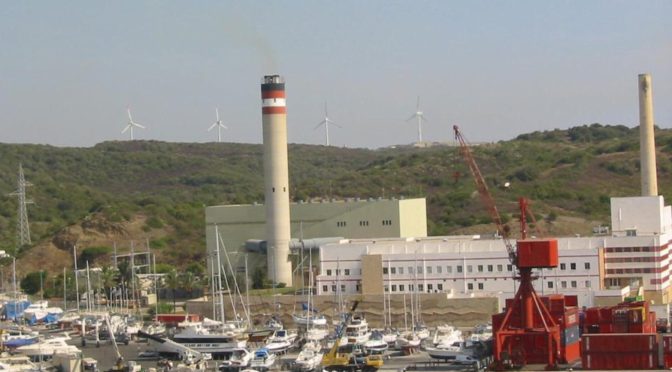 Work to be done on renewable energy for Menorca

In general, most people are agreed on the importance of renewable energy. However, there is disagreement on how it ought to be established in the region. The recent case of the project for six wind turbines being refused at s´Era Vella to the north of Ciutadella is a good example of what happens as a result of conflict of interests and possible outcomes.

It is well known that Menorca generates only 3% of its electricity from renewables (basically, from the windmills of Milà and the photovoltaic parks of Son Salamó and Binisafúller). However, if we consider all energy used (including transport and air conditioning), then it is only 1%. Therefore, we have a long way to go.

Also, nearly everyone (except the Ministry of Industry) believes it is a good idea to place solar panels on the roofs of all buildings, be they houses, institutional places, or on industrial estates. Panels placed on sloping or flat roofs do not provoke regional planning conflicts, but the obstacle to the production of renewable energy comes mostly from powerful energy lobbies and the excessive growth of central power stations in the past few years.

Panels which can be put at the top of buildings, however, are an interesting option to making use of the spaces and decentralizing production, but are of little significance in an area which has 97 % dependency on fossil fuels. To equip roofs with 20,000 panels like the ones in Son Salamó, would require many hundreds of roofs, promotors, projects and negotiations.

So, the only way to advance the production of renewables in any appreciable manner is to start with the huge installations on country land. And this implies conservation protection regulations and public debate on how the countryside would be affected.

The land, people and existing regulations

Menorca has good experiences with the existing solar parks in Son Salamó and Binisafúller, where much work has been done on the reversibility of the installations, and on causing the least affect to the rural countryside and its landscape. Similar initiatives would be possible if certain criteria were followed. It is also important to recognise that however renewable energies are treated, installations must not to be put just in any place nor in any manner without searching for the best solutions available.

Something similar happens with wind farms, but these accentuate the effect on the landscape, because it is not possible to conceal them as can be done with photovoltaic panels. If large windmills are put in Menorca, they can be seen from far away and this, if the truth be known, generates a large reaction against them. So, the public needs to reflect on balancing countryside needs against dependence on fossil fuels, as well as considering the economic saving and the consequent reduction of contaminating emissions.

At the same time, and this has had much to do with the case of s´Era Vella, the regulations for the protection of the environment must not be ignored. When analysing a project, there are some things which surprise. For example, a site chosen for a wind farm was in one of the few regions of Menorca qualified as an Area of Special Landscape Interest since 2003.

Another surprise was that no one said anything to the promotors beforehand that the area was the habitat for the rare bird of prey the Red Kite (Milvus milvus), and that there was a Conservation Order approved in 2009, which particularly mentioned the prohibition of wind farms. Ignoring these points meant that the promotors invested money uselessly in projects which could not proceed. Precious time wasted.

Clear criteria for the facilitation of new installations

GOB believes that the energy networks should be tackled urgently. Because of this, in December last, all the institutions and companies were sent a Proposal for Criteria for Energy in the Countryside which offers a simple outline for installing photovoltaic parks and gives a much reduced (but still possible) case for wind farms.

It dealt with defining the places where, because of important regulations, both for the environment and for human compatibility, it would not be possible to situate the projects. It defines, also, agreements between the institutions and their agencies, the criteria for the countryside, the landscape, the technicians and the builders, which will be required to move forward with large renewable energy installations for Menorca. This will help to reduce any public conflict with a project and, especially, to avoid losing time processing projects without the proper legal parameters.

In the opinion of GOB, it is not necessary to wait for the revision of the Island Territory Plan (PTI) to agree these criteria. The Local Government (Consell Insular) can adopt them in the general public interest and the issue can be agreed on by the Directorate General for Energy of the Balearic Government. Political will to advance renewable energy can be manifested in many ways.

The results of the criteria are essential to revoke the conditions imposed by the Norma Territorial Transitoria (transitional land regulation), in effect since January 2015, which establish that this type of installation can be allowed only when they are promoted by the public government. Private initiatives would, therefore, be permitted with these criteria.

One day there will be a change in the Ministry of Industry that that will then stop the penalisation of renewable energy in the whole of Spain, an inexplicable situation at a European level. When this happens, Menorca ought to have done the work and have the clarifications and agreements on the criteria required for large renewable energy installations in the region.