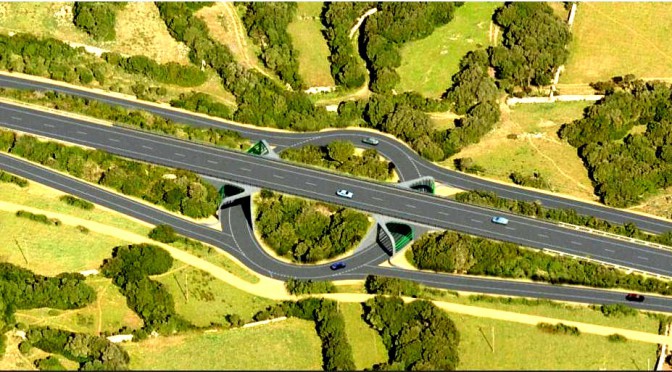 Planning approval must be reinitiated for the controversial project of a refuse plant for waste building materials to be situated in rural countryside between Mahόn and Alaior.  Significant deficiencies in the study of the environmental impact of such a plant make earlier statements to the public null and void.The waste plant for Biniai has been the subject of much criticism from many people in Menorca. First,  because to build a waste plant on rural land only three kilometres from Mahόn which has an enormous amount of industrial land available does not seem logical. Furthermore, the drawings for the projected works for the main road show a roundabout of two levels which aims to solve one of the principal problems of this site that of lorries entering and leaving it.

In fact, the huge roundabout of Biniai has been one of the most criticised because it is situated where neither an entrance nor a track exist, yet this problem was to be solved by the future use of public money to serve a private business. The fact that the main shareholder of the plant was also to adjudicate the final work between Mahόn and Alaior has raised even more alarms.

An Official Report was published in September 2014 to apply for environmental approval of the project. Before this, GOB had filed a legal claim which resulted in an administrative repeal which records that not only state legislation but also that of self-governing communities obliges a study of alternatives to that previously documented for the public.

This requirement has not been observed. As the viable technical alternatives were never presented to the public, it is considered that the public’s right to an opinion has been violated and especially with regard to the conclusions reached. It is important that the Environmental Commission takes into account relevant information of the undoubted effects on the environment before giving its verdict.

GOB also cited a legal case identical with the present one, where it was pronounced that any impact study which does not incorporate alternatives could not be presented to the public. For some days, now, the Environmental Commission has accepted GOB’s arguments and for that reason the projected waste plant of Biniai should be made public so that the proposals can be reviewed.

We must remember that this project intends to level the area for buildings, for the manouvring and storage of materials, over an area rather more than 90,000 square metres. This implies eliminating the network of dry walls which are currently on the terrain. Furthermore, the area is situated between two important archaeological remains and the probability of finding valuable new heritage sites is important.

From the beginning, GOB has said that the main alternative that should be studied is how to avoid the use of rural land for siting a new installation for waste removal. This requires a large amount of land for industrial and building use in an area which has not been approved and when there is an enormous amount of industrial land available.

Phase IV of the industrial estate of Mahόn which has roads, provision of energy and water, over an area of 430,000 square metres, the major part of which is permanently idle, would be more effective. If this were the case, it would reduce new damage to the countryside, avoid putting in new services when they already exist on the industrial estate and would place the plant much closer to the three population centres of the east.