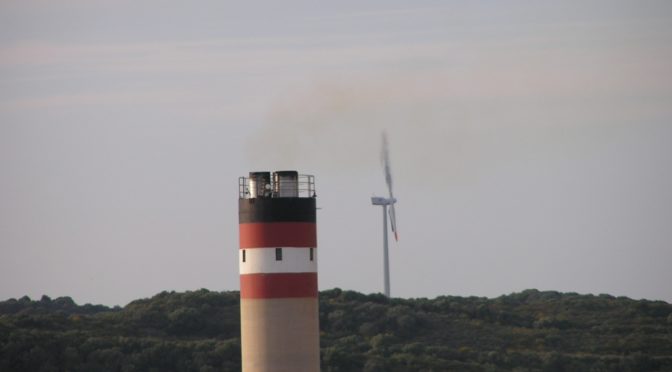 As we explained in a former post, we sent a petition to the Balearic Government to allow checks at the Central Electricity Power Plant in Mahon.

Now you can sign this petition for a public control of the emissions:

To the Councillor for the Environment. Government of the Balearic Islands

I am writing to ask you that your Council installs a device in Mahón to measure the polluting emissions from the Central Power Station in a way that allows it to be monitored independently by the public.

The Central Electricity Power Station of Menorca is the place that emits the greatest quantity of contaminating emissions on the island. When it was authorized, it was a condition of the company that managed the installations that they would incorporate some systems for measuring the impact on the environment of the emissions. So now it is the same company that both emits and monitors the emissions.

In view of the effect that this activity can have on the health of the people and on the environment, this petition is being made so as to be able to monitor, in a public and transparent manner the emissions of, at least, carbon dioxide (CO2), nitrogen oxides (NO and NO2) sulphur dioxide (SO2) and particulates.