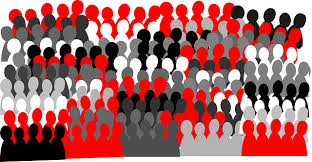 Menorca has the luck to be able to foresee, to a large extent, its possible future taking into account what is happening to its neighbouring islands. Mallorca and Ibiza started the metamorphosis, and have suffered the consequences of an unlimited growth in tourism much more than has Menorca. With examples so close by it is not difficult to want to intervene where we possibly can and stop what could happen if we do not take steps.

On the weekend of 17 June the road from the airport into Palma was gridlocked. It is only June, but already with the arrival of so many people the services have been overwhelmed. The Mallorcan transport companies as well as the passengers realised this. Each area has its maximum capacity and when this is exceeded there is no further room for manoeuvre.

It is also very noticeable how the number of tourists coming to Menorca is increasing. It raises a couple of questions on the cause of this massive overcrowding. On the one hand, the instability of the eastern Mediterranean means that some tour operators divert clients towards the Balearics. On the other hand, the phenomenon of tourist renting has extended like a plague and without a forecast provision for this number of people that has shot up.

The subject of tourist renting is one of the current debates. Those who defend the renting of rooms or houses to visitors say it is a way of making a complementary income and for a better way of spreading out the tourists. Others say that this also has undesirable social and environmental consequences.

It sometimes happens that the total of individual benefits can negatively affect the whole community. To avoid such situations laws are made, but sometimes either there are no laws, or they are systematically violated.

In analysing this subject, one cannot consider those who rent out a room, or a house, in the same way as those who make available dozens of houses or entire blocks of flats for visitors. There are many of these now appearing on digital sites.

This general phenomenon has provoked a rapid rise in rental prices. Now in Menorca there are many workers sleeping in inhospitable areas. In Ibiza not even doctors can afford the rents which are asked and have had to take hospital accommodation in order not to leave the hospitals without professionals. We have to decide if this is the way we want to go because, if we do not like it, we have to act now.

Each person that is added to the island during the months of July and August, will have to have some services of water, of rubbish management, of energy consumption, of road use, and the possibility to swim from the beaches…just when everything reaches full capacity. A case of the short term benefits to individuals causing a negative effect on the community.

And that does not include the additional pressure of the huge cruise ships entering Mahon Harbour. The large cruise ships – which also take away water and discharge rubbish – are largely responsible for the demonstrations of tourism phobia now seen in Mallorca and Barcelona. With these cruise ships come thousands of package deal tourists filling the streets and having everything already paid for, even buying souvenirs on board of each port they visit.

The project of installing an escalator at the Parc Rochina was a gesture towards providing a service for these crowds of tourists. It was as a result of confusing tourism economics with the number of tourists. We are sure that the alternative of themed cruises, on which it was worked out, allows a greater economic return without the cost of reaching saturation point.

We expect to be packed out this summer. It is foreseeable that, in some weeks, people will despair from the sensation of collapse. In addition, there is the forecast of some climatic conditions of high temperatures adding to environmental problems.

If we do not want to continue in this abysmal way such as we see on neighbouring islands, we need to get our skates on. We should reconcile public and private interests. We should discuss how the tourist sector can interest itself in stopping overcrowding in the high season. It is one thing to live by tourism and the other is to suffer from overkill.

The institutions should do their legislative work, governing and invigilating the agreements made. And as a society, we have to help by calling for a form of reasonable governance. We are playing with the quality of life.

(Article published by Miquel Camps, coordinator of island policy for GOB, in the Diario Menorca, 19 June 2017)