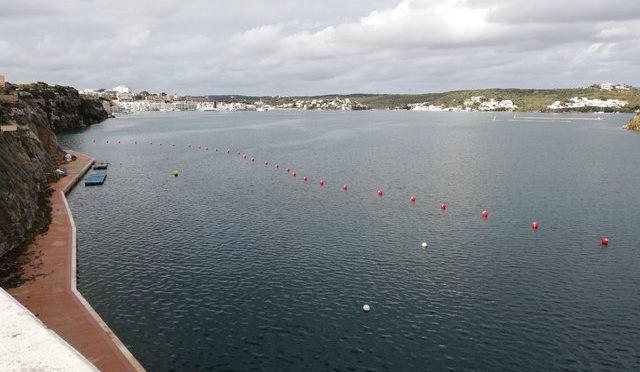 GOB has been in touch with the Port Authority of Mahon to know what environmental protection they applied before the installation of more than 100 cement blocks along the walkway that goes from the Moll d’en Pons to the Cala Figuera.

GOB has asked to be able to consult the dossier that was used for the contract for the installation work of the buoys. They want to find out if any previous study was made on the presence of environmental values and if there was any study on ways for minimizing the impact of the work or for making some compensations (such as anchorages with bolts, cement blocks with refuges for fauna, etc.)

Each one of the installed buoys will be accompanied by a block of cement of two square metres. This affects more than 200 square metres in an area that, as will be remembered in the similar case of the construction works of the dock of Cala Corb, could have habitats for protected species.

On that occasion, the sudden change in the interpretation of the work, announced and tendered as a walkway made of wood but then changed, without authorization to a working dock, provoked the unscheduled throwing out of quantities of solid materials that seriously affected a colony of Cladacora caespitosa, a Mediterranean coral under special protection. Since then, the works have stopped, pending the verdict of the Ministry of Environment.

GOB has also asked to be informed if each one of these buoys is destined for a new mooring (as it is a long distance from the docks where large boats can fit) and if they have taken into account the studies of the island’s capacity of nautical load that the Balearic Island is elaborating. They have to realise that these moorings imply further consequences, as boats do not just stay in the port but go out along the coast.